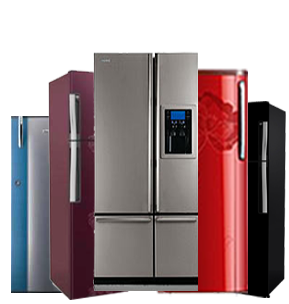 A Refrigerator, also commonly known as fridge, is used to cool the things in its inside by transferring the heat from inside to the surrounding external environment. This helps to cool the temperature of the inside below the room temperature. For this work it is attached with a thermally insulated compartment and a heat pump which could be mechanical, chemical or electrical. Refrigerator is considered as prior requirement to fulfill the food storing technique in the developed countries. It helps in the storage of food by lowering the temperature which in turn lower the rate of growth of bacteria and hence reduces the rate of spoilage. Also it maintains a temperature a few degrees above zero degrees celsius, which is the freezing point of water. Three to five degree celsius is considered to be the optimum range of temperature for perishable food items. A device which is similar to refrigerator called freezer, maintains the temperature below zero degree celsius i.e. below the freezing point of water.
Icebox, a common household appliance was a year and half was replaced by the refrigerator. The technology of artificial refrigeration began in the mid-1750s and developed in the early 1800s. In 1854, the first ever commercial ice making machine was invented.