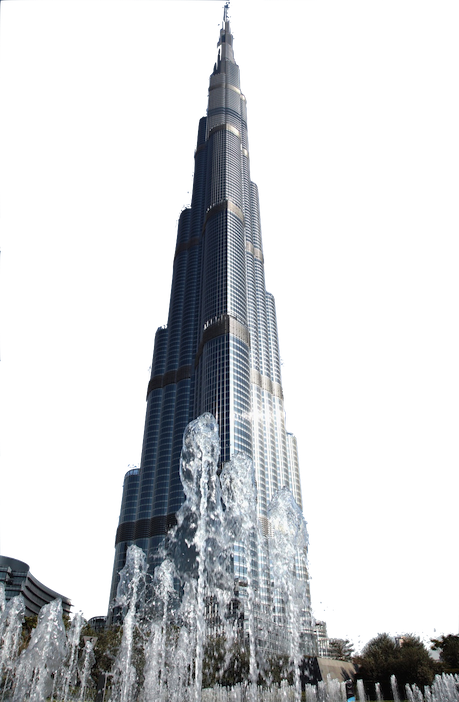 Burj Khalifa Hd has a transparent background.
This PNG has a resolution of 459x702. You can download the PNG for free in the best resolution and use it for design and other purposes. Burj Khalifa Hd just click on Download and save.

Dubai is a city located in the eastern part of the Arabic Peninsula on the coast of Persian Gulf, Western Asia. Dubai is the capital of the Emirates of Dubai and is the most populous city in the United Arab Emirates. It is also a global hub and business hub of Western Asia and a major global transport hub for cargo and passengers. The development of the city was accelerated with the help of oil revenue, which was already a mercantile hub.Today, oil revenue contributes to less than 5% of the emirates revenue. Being a centre for regional and international trade since the 20th century, its economy relies itself majorly upon revenues from aviation, trade, real estate, tourism and financial services.
One of the theories used to suggest the origin of the word “Dubai” suggests that the word was used to describe souq, which was similar to souq in Ba. A souq is a commercial quarter or marketplace. A scholar on UAE's history and culture, Fedel Handhal a scholar and poet Ahmad Mohammad Obaid bothe trace the origin of the word to the Arabic word Dhaba, even though they both relate to its different meanings. Handhal related to its meaning “ to creek” whereas Obaid relates to the meaning “baby locust”.